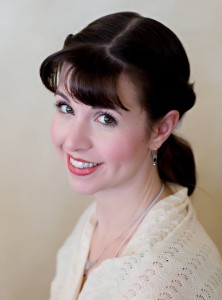 As a vocalist, Katie studied with classical and cabaret singer Grace O’Connor.  She’s been a cantor at Our Lady of the Assumption in Osterville and a soloist at the First Church of Christ Scientists in Hyannis since 2003.

Solo & Chamber Concerts
Ms. Koglin has presented solo and chamber music concerts at Cape Cod Museum of Art in Dennis, Falmouth Library, Church of the Messiah in Wood Hole, and Cotuit Center for the Arts (including “The Harp of Rodgers and Hammerstein: A 100th Birthday Celebration” for her harp, Magnolia).  Katie also presented a lecture-concert on the history of the harp at Highfield Hall in Falmouth.

Orchestra
Katie has been a concerto soloist with Simon Sinfonietta and Falmouth Chamber Players, plays regularly for Arlington Philharmonic, the New Bedford Symphony, and has played for the College Light Opera Company since 1994.  She has also played for the Cape Cod, Longwood and Mertowest Symphonies on occasion. She plays at many local theaters for musicals and operas as well as with area choirs including Mastersingers by the Sea & Falmouth Chorale. Repertoire 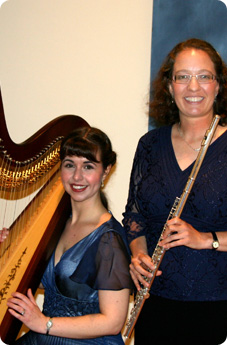 Directing
Ms. Koglin is currently vocal directing The Wizard of Oz with Cape Symphony in conjunction with Cotuit Center for the Art.  She also music directed for the Blue Falcon Theatre Company of Mashpee Middle-High School for nine years where she music directed and co-choreographed The Pajama Game, Oliver!, Pirates of Penzance, Into the Woods, and music directed Bye Bye Birdie, Godspell, Wizard of Oz, Willy Wonka, and The Little Mermaid!  She music directed Godspell at the Woods Hole Theater Company and Joyful Noise at Cotuit Center for the Arts.  At Barnstable Comedy Club Katie assistant directed and choreographed The Fantasticks! and assistant directed Moon Over Buffalo.  She was also the music director of the Our Lady of the Assumption Children’s Choir for ten years.

Membership
Katie is a member of the American Harp Society (national and Boston chapters), and a current board member of the College Light Opera Company.  She was a founding member of the Gentle Muses at Massachusetts General Hospital and member of Pi Kappa Lambda, the National Honors Society of Music.